I have a longer piece that I’m working on, which will begin my pilgrimage journals, but I thought I’d draw your attention to two things posted elsewhere.

The first is this interview by ADF druid Sean Harbaugh. It was fun to do, though there’s always an interesting thing that happens when someone asks about my past. I spent much of my twenties trying to avoid talking about the abject poverty and family issues I experienced, because the reactions from others were always either those of sympathy or diagnosis.

Most people close to me would offer hugs, or offer me their anger at my situation. People a bit more distant would often react with polite sympathy but then later suggest that the events of my past provided clues to why I seemed so maladjusted to normal, bourgeois life, and then they’d suggest remedies. Those often included therapy, going back to college, or dating people of higher economic status than myself, things that would make me more ‘happy,’ things that would make me more middle-class.

Both reactions were weird, and contributed to a sense that there was something wrong with me. Both reminded me of the well-meaning attempts to help me become straight by Christians. I just needed stronger male authority figures around, needed to deal with internalized shame of my male body, needed to play sports, etc.

Everyone spoke with so much Authority, so much certainty, that the moment I decided to listen to my own authority instead (that is, my own will, my own desire), I felt like a heretic. And it was a brilliant and terrifying moment. Rejecting the authority of others and beginning to dance with your own is scary, because you feel outside of everything, untethered. It’s much easier to listen to other people’s opinions, seek guidance and a sure path in the regimes of other people’s meaning.

Sometimes, we have to do that. Sometimes, we must borrow the meaning of others to get through, to sustain ourselves when we cannot create our own. There’s never any shame in that, nor embarrassment, nor inherent weakness.

It only becomes a problem when we forget we can (and must) make our own. Borrow meaning for too long and it becomes your own meaning, an act of submission to those from whom you’ve borrowed. Most are quick to recognise the problem and help you detach. Some feed off such acts of submission, using your vassalage to enlarge their own meaning. Some even make an art of it, or a career, or a priesthood.

It’s those latter categories which lead me to insist that we must be our own authorities, and why I try to identify and dismantle hierarchical structures which encourage such abdications of personal power. We too often give up our own power to others, and there are others who are too eager to take it, promising access to mysteries or a glorious future, wealth and security or safety from enemies. America is built upon such abdications by the many to the few, Capitalism requires the alienation of the many from the access of their power, and maintaining both are conceptions of hierarchy and Authority which obscure our abdications of personal power. 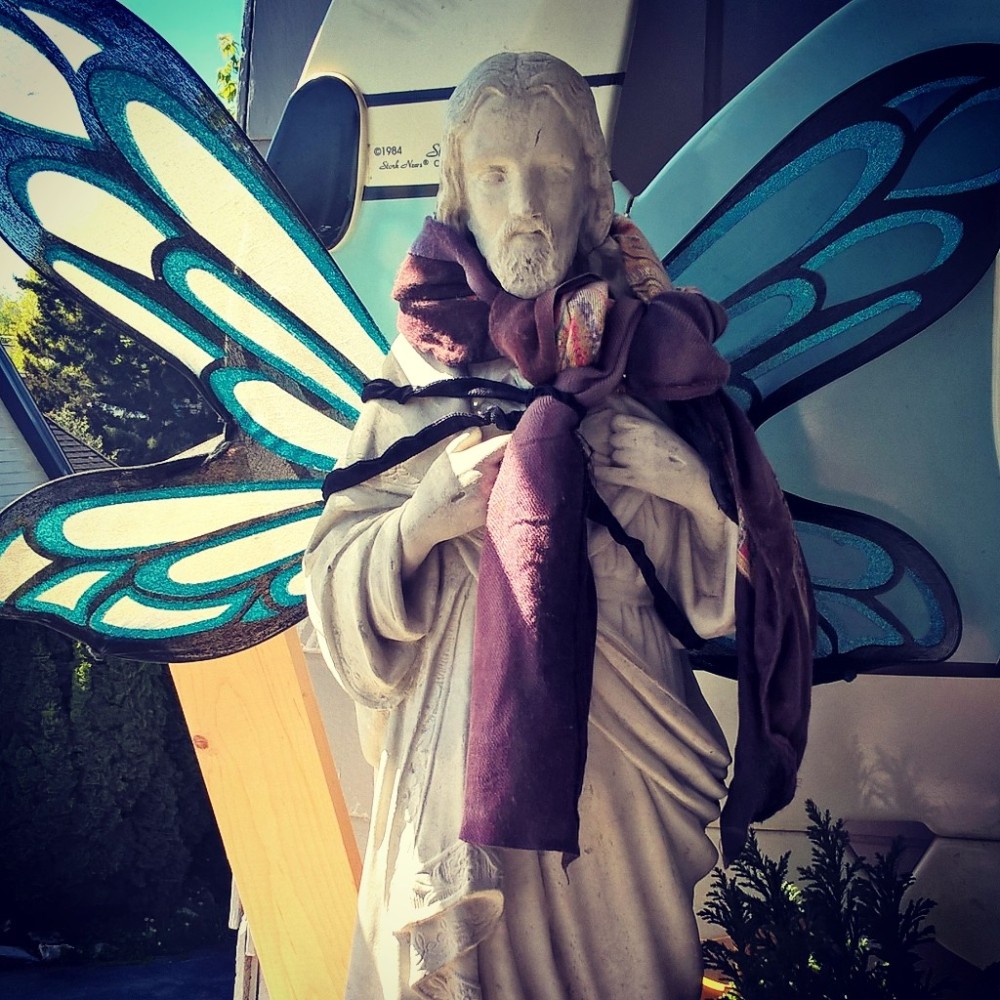 Such a conception of personal sovereignty, of individual responsibility and co-creative meaning is, if anything, the core truth of witchcraft and of anarchism. It is also, more importantly, a statement of belief regarding the nature of humanity.

Do humans need leaders? Can humans govern themselves, organise their social interactions without someone from above directing them, keeping their violent tendencies in check, coercing them to be civil and co-operative? Can they do that without power-over, without warlords or police officers, without jailers or pontiffs, without presidents or kings?

Some say no. Some say we are incapable of such things. Some say we must have leaders who keep us from destroying each other and ourselves.

That system, of course, is what we currently have. And sure–there is certainly peace of a sort, prosperity of a sort. But only peace and prosperity for some people propped up upon the labor and submission of a much greater number of people over whom power is wielded fiercely.

I give a different answer, of course. I think all our ideas about leaders and authority, about hierarchy and submission are just pretty tales we tell ourselves to ignore the suffering and destruction Capital and the State wreak upon the earth. I do not think the homeless person or the migrant worker, the inner-city Black folk or the drowning refugee need more obedience and submission, more hierarchy and more police.

Our myths about hierarchy and authority, the right-to-rule and the goodness of leaders would be familiar to the aristocrats in Versailles or the plantation owners in the American south. The British colonial administrators and the concentration camp guards could repeat them easily back to us, because they were also their own.

We create the myths that sustain the suffering from which we benefit, because without them, we’d be forced to look at the real conditions of life and what sustains inequality.

Is such a position ‘demagoguery.’ as suggested in this piece? Perhaps, at least in the original sense.

It definitely makes me a heretic, though, and someone much feared by some.

But I don’t fear, nor should you.