I’ve written several books, each of which are available either in print or in digital.

ALL THAT IS SACRED IS PROFANED: A PAGAN GUIDE TO MARXISM

All That Is Sacred is Profaned is the expanded text of a course I teach through Gods&Radicals. It’s an introduction to Marxist understandings of capitalism and industrial society from a Pagan lens, giving particular attention to the intersections of animist conceptions of the world and the Marxist focus on the material conditions of the world.

It was released 21 June, 2019 and can be ordered in print at this link. Patreon supporters also get a free digital version.

WITCHES IN A CRUMBLING EMPIRE 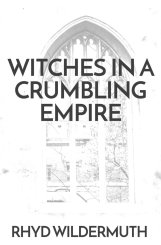 Released in 2018, Witches In A Crumbling Empire is a collection of political essays, esoteric prose, and poems, many of which appear only in this collection.

The primary essay from which it takes its name is the text of a speech I gave at a Pagan conference, still one of my favorite works.

It can be ordered in print or digital form at this link.

A KINDNESS OF RAVENS 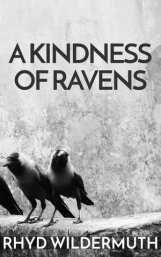 Originally released in 2016 and re-released by Gods&Radicals Press in 2018, A Kindness of Ravens compiles my travel journals from Ireland, Bretagne, and Wales, as well as quite a few essays which appeared on this blog or on the Pagan news site, The Wild Hunt.

It can be ordered in print or digital at this link.

YOUR FACE IS A FOREST

Still my favorite of all my works, Your Face Is A Forest collects many of my earliest poems and prose, primarily focused on land spirits, gods, and the intersections between the Otherworld and this world.

I often go back and re-read it to remind myself who I am and why I write in the first place.

It can be ordered in print or digital here.