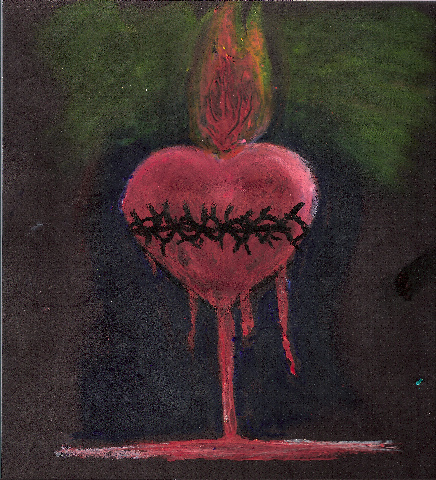 Posted on July 6, 2015 by Rhyd Wildermuth Posted in Uncategorized

I wrote this over the weekend for The Wild Hunt.

Love of an other, or others, reminds you are sundered, infinity no longer divisible by one.

And just the same, the Other.

See a crow feather at your feet and hear a god, an angle of sunlight and see another. Hear winds through branches; there’s a third, embers in a hearth and yet another Other.

I have no other way of describing the brilliance of soul-wrecking beauty I’ve seen the last few weeks.

My friend Alley, with whom I stayed this weekend while writing that piece, has a stone in her bathroom with a bit of type-print pasted to it.  The words on the stone?

“There are some things I’d rather leave to the poets.”

And yeah.  I’m trying to leave it to the poets, which is why I wrote that, because that’s what we’re for, whether we’re quite good at it or not.

And speaking of poets, this song’s pretty fucking brilliant on its own right, and even more so when you remember the cliffs upon which we bash our brains in to silence what others don’t hear.

3 thoughts on “In Love With The Voices”