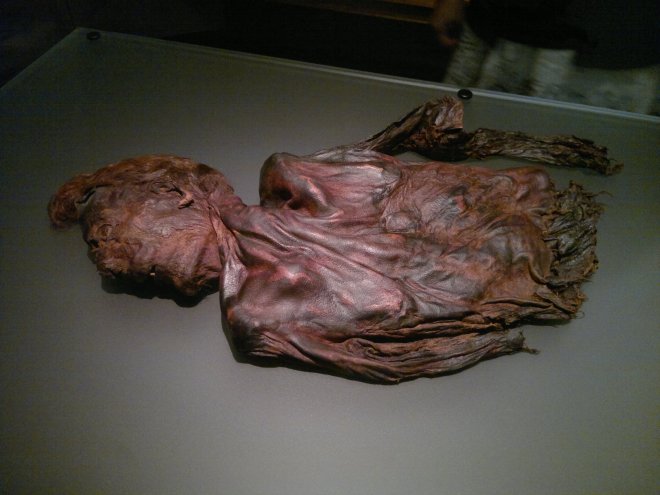 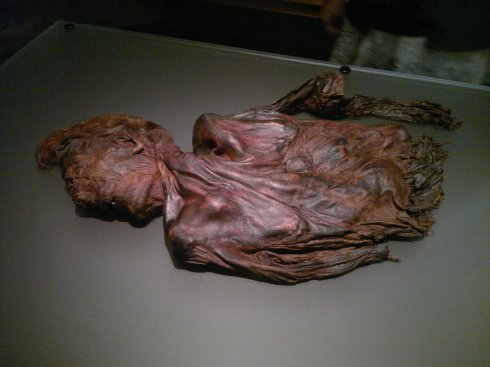 When an Authority has to slaughter unarmed Black folk in its own streets, start foreign wars to secure its oil supply, can’t keep its promises even to deliver water, and must keep those it rules over living in constant terror, exhaustion, or distraction, we should not see it as unassailable in its power.

If anything, it’s becoming increasingly aware of its impending destruction, and like a thrashing beast or a severe drug addict, it’s ravenously trying to hold on to the life slipping through its fingers.

And we should remember–our ancestors knew what to do with a failing Authority, standing ready by the bog, sharpened blade ready to cut off its nipples.

Perhaps this Authority, too, will be found millennia later, behind glass in a museum, children wondering at its withered corpse, tapping on the glass, and laughing.

*title quote from Traci Laird, regarding the bog kings in the Irish Museum of Archeology.  Sucking on the nipple of an Irish king was the manner of showing fealty and subservience–yeah, kinda hot–and many bog bodies had their nipples sliced off either to prevent them from becoming kings or to show they were no longer fit to be king.