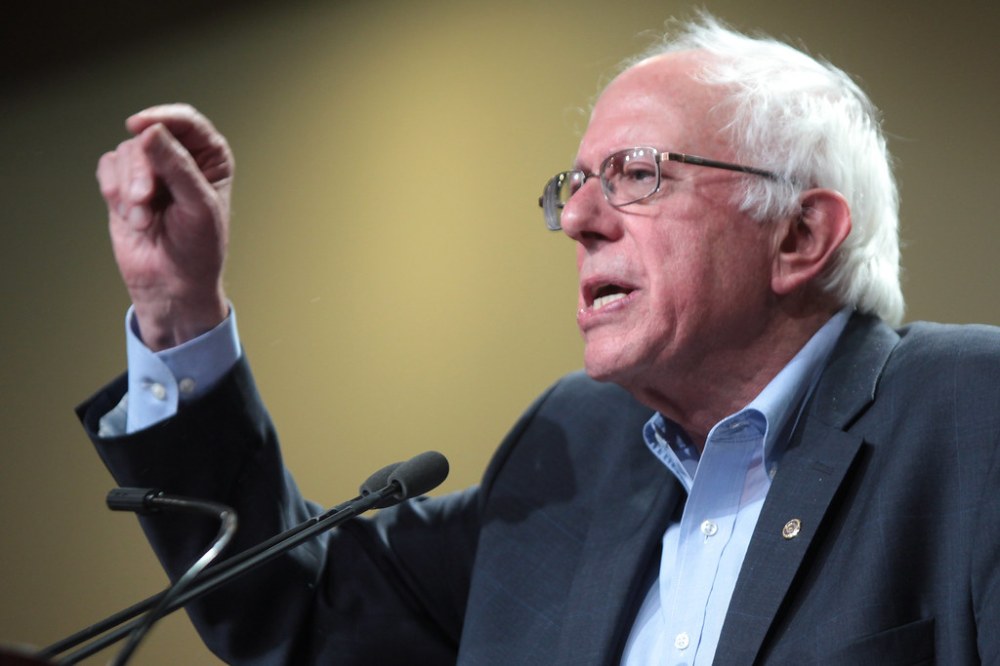 I don’t want to see immigrant kids in cages.

I don’t want to see indigenous people tear gassed for pipelines anymore, or trans kids homeless because their parents kicked them out and there are no shelters.

I don’t want to see homeless people thrown in jail because rich businesses don’t want them on the streets.

I don’t want to see my friends unable to do what they want because of their student debt.

I don’t want to see Arab kids blown to pieces elsewhere because the US wants more oil.

I want an end to the thing that causes all this: capitalism.

Warren won’t do this. She’s said repeatedly she’s a capitalist. And she’s already reneged on her promise not to take SuperPAC money. She wants a nicer capitalism and has already shown she’s willing to take their money to show how nice they are.

Can Bernie Sanders do this? No, not all of it. But he can get enough of you to the place where your material conditions are good enough you can start to breathe again, to stop being so scared.

Improving your material conditions is the ultimate intersectionality. Making it so poor Black, poor disabled, poor women, poor immigrant, poor indigenous, poor queer, poor trans, and poor whites can all survive without fear of homelessness or death from treatable illnesses is intersectionality.

If these things don’t matter to you, you’re probably doing well under capitalism. That means Bernie’s not for you, unless you choose to care more about us poor than your own comfort.

I’ve been an anarchist for most of my adult life, opposed to putting our hopes into electoral delusions and “leaders.” I still am. But the movement around Bernie Sanders is something different, something fierce, and something that doesn’t even require him.

If he wins, we’ll all still have a lot more work to do. He can’t end capitalism, but we can. With or without him, we must do this, for the good of each other, the survival of every other living thing on this planet, and for our own survival.