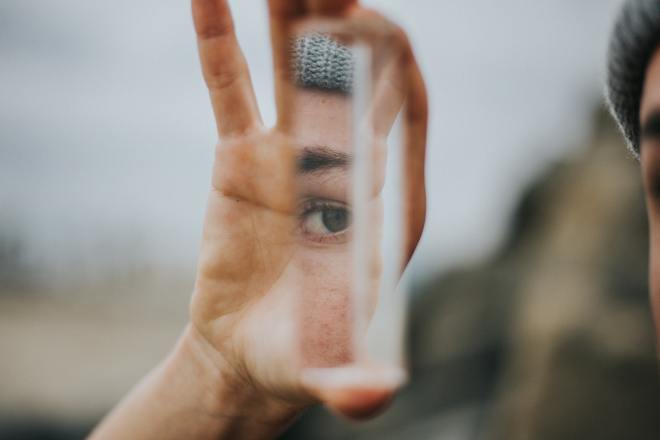 This dispatch was also published at From The Forests of Arduinna. Subscribe there for free to get these in your inbox.

As I’ve mentioned repeatedly in these dispatches, I’ve come to a place where I find myself rejecting ideological overlays in favor of more pragmatic and embodied understandings of the world.

I’ll admit I’ve had a leg-up in this understanding. I’ve been working with a Tantric therapist for the last year and a half. I started working with him a month after I (literally) fled an abusive relationship and realized that, while that abusive person is fully responsible for his behavior and abuse, I had a significant amount of unacknowledged agency which I abandoned.

As I described it to him in our first meeting, that abusive relationship was a perfect storm of all of my shitty beliefs about myself and all the ideological overlays that led me into such situations.

While that relationship was by far the most abusive, I had previously been in several other relationships that were really not good for me. Close friends would remark on this pattern as best they could, especially noting that I seemed to “lose” myself quickly when I fell in love and then soon find myself in a situation where it was incredibly hard to get myself back again.

Of course, this way of looking at abusive relationships is not a popular framework. The grand narratives around abuse speak to larger systems (patriarchy, misogyny, etc) at the expense of looking at the specifics of each situation. Particularly, this is damaging for men in abusive relationships (with women or men), for whom these narratives do not account, since men are supposed to be the problem, never the victim.

And more so, anyone looking also at the agency and patterns of the person suffering abuse meets with wailing accusations of ‘victim blaming,’ despite the goal of such work being to help the person victimized regain the agency they lost through the abuse.

In working with this therapist, a flood of shitty self-beliefs quickly came to the surface, leading to a really rough few months for me. Much like the pain of resetting a broken bone or of physical therapy to correct movement problems caused by injuries, all that came up felt like a new trauma.

And in a way, it was a new trauma, or a new pain. It was the pain of finally confronting myself and the beliefs I’d adopted. Those beliefs had served to numb the necessary pain that tells you something is wrong with the way you are doing things, opiating the soul when what was really needed was a sober accounting of life.

I had adopted quite a few grand opiating narratives, many of them political. Such narratives are readily available on the internet, according to your identity. And when they aren’t easily downloaded and integrated into your self-defense sub-routines, they can always be retooled and reformatted. Or you can write your own self-defeating code, though it’s much more sustainable when the grand narrative has wide user adoption.

Once you start looking at those things, life is suddenly kind of shitty for a little bit. The crutches you relied on won’t help you climb mountain trails, and you’ve suddenly realized you actually want to climb them. All the things you told yourself you didn’t like or want or desire return with a vengeance, staring you in the face, taunting you to embrace them like the true lovers they always were. You had abandoned them and yourself, turned away from all that because it just got too easy to wallow in self-pity and complain to others that your life, or relationships, or material conditions were yet again awful.

When you start this process, life gets shitty and then it gets brilliant. Because you start making changes about how you relate to yourself and how you relate to others. You start setting boundaries on your time and energy and body, and you start actually enforcing those boundaries. You start demanding more from others: the same respect and effort you give them, you demand in return. And when they don’t offer that respect and effort, you stop giving it to them.

You step back into your agency, which is a double-edged sword you learn no longer to fear. When others claim your life and actions are oppressing or harming them, you ask for concrete examples. When you feel the life and actions of others are oppressing or harming you, you force yourself to look for concrete examples, too. More often than not, there are none, just a sense of harm and oppression you or they have been using to cover over feelings of insufficiency.

You stop blaming others for your failures and self-defeating patterns, which means you stop letting others blame you for theirs. You begin to see how so many others have turned ressentiment 1 into a religion, and you begin to see all the shrines to ressentiment you’ve raised in your own soul.

You become yourself again.

And this does something wild and unexpected—but utterly inevitable—for those around you: they become themselves, too. Suddenly, the people you love and who love you dance to the same unheard music you are dancing to. Instead of constantly tripping each other up, you begin teaching each other to dance, to live, to be.

Of course, you have to leave some people. You have to let them go, just as those who already understood these things and had good boundaries needed to part with you until you figured it out too. Some of them come back to themselves, just as you finally came back to yourself. Others never do, and you learn there’s nothing to be done about this.

This gives you a new perspective on all the grand political narratives about how the world works. You start to see their original core truth, and how that core truth got buried under so much dogma and ressentiment.

I suspect the core truths of these grand narratives can be salvaged. I even think they can all be redeemed. This can only happen, however, if the people who have embraced them learn first to embrace their own agency and return to themselves. That is the only way to strip these ideological overlays of the opiate of ressentiment and recenter them in what is actually possible to change, and what is actually worth fighting for.

It’s also possible these core truths cannot be salvaged. Ressentiment is one hell of a drug. Like other opiates, it makes you feel good in your misery, numbs all that pain, but also makes you an awful person.

A friend of mine, an ex-heroin addict, often recounted the time one of his friends died from an overdose. He spent an hour searching through the dead woman’s pockets for her stash, getting angrier and angrier as he realised he couldn’t find it because she’d “selfishly” injected it all into her veins.

It was this moment, the moment he realised he was shaking down a corpse rather than mourning her death, that forced him finally to try to stop.

What does it take for the fascist, for the white nationalist, for the anti-semitist, for the rabid anti-immigrant to kick the habit of ressentiment? Because yes, it’s the same drug, the same process. Defining yourself by what you hate and who you believe hates you, casting yourself into a cosmic fantasy in which hordes of unbelievers or barbarians are threatening your enclave of enlightenment, is no more truthful and no less ridiculous whether you think the enemy is cis-hetero-white-patriarchy or Islamification.

What it takes is both simple and terrifyingly difficult: returning to yourself. Returning to your body, to your agency, to your ability to shape and change and inhabit your own life. Because once you are yourself again, you see others as themselves again, too. Not identities, not oppressor categories, not faceless enemies “selfishly” keeping something from you.

You can only know what is truly holding you back once you’ve learned what you are capable of. And mostly, what has been holding you back is you, your fear, your anxiety, your lack of will, your refusal to try. Once you learn this, you can then finally see the actual fences and barriers outside of you, the natural and man-made limits past which you are not permitted to travel.

Because there are systems and collusions put in place to prevent you, to stop you, to hold you back, to ensure immense power and wealth rests with only a few. And each of them rely on the very thing which has turned all the once-liberating ideologies into circuses of fear.

They need you to never know what you are capable of, to never see your own agency, and to never embrace the divine and creative and destructive beauty of who you really are.

3 thoughts on “Returning to Yourself”