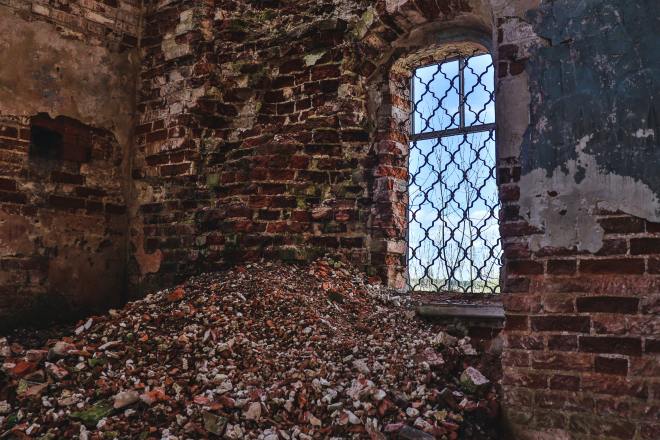 Posted on April 5, 2021 by Rhyd Wildermuth Posted in Uncategorized

This was posted 24 March 2021 on From The Forests of Arduinna through Substack.
To receive these dispatches free in your inbox, sign up here.

Today’s been the first day this year that I could throw all the windows open and feel the outside in. You know that feeling, I’m sure. Perhaps you’ve already gotten to do this where you live, to “air out” your home, which is also to say to “air out” your mind.

I am surrounded by forests, streams, and fields where I live, in a home I’ve called a château de lumière, a castle of light. It has so many windows the feeling of “outside” and “inside” feels much less defined than other places I live. Sunlight (when there is sunlight, of course) bathes every room in dappled gold light like in a forest, and when there is a storm the wall-high windows make it feel like you’re almost in the rain (without getting wet).

Yet even still, the “outside” is mostly outside, and the inside is mostly inside. It was especially as such in winter, with electric lights instead of sunlight to illuminate these spaces.

The effect being “inside” for a long time has on you is rather heavy. We speak of “being in our own heads’“ or “lost in our own thoughts,” which is always really a feeling of being inside. Our thoughts feel always internal, as do our emotions, as if our minds are large unlit caverns in which our self constantly echoes back to us.

But when we can be outside, those thoughts change, as do those feelings. When we are inside everything is walls and doors, delineated spaces, and so we shape our thoughts according to this internal sense of internality. When out-of-doors, outside, suddenly there are no limits.

What walls and doors there are in the outside go into particular insides, internal spaces. They do not open up into larger spaces, but into smaller ones. And so our thoughts are no longer shaped by a sense of internality, but of limitless expanses. Over that hill, on the other side of that rock, around the corner: these are specific moments of turning where something else exists, something we cannot see yet, and they are always still outside.

But that outside isn’t “external” to us, merely out of our vision. When we are inside, everything is external, but when we are outside, nothing can be.

I think that’s part of why spring is so damn intoxicating to us humans. Moments followed by more moments, followed by days, weeks, and months when the outside no longer feels outside of us but just somewhere we all are and something we all belong to.

It’s a core postulate of materialism (the philosophical sort, not as in Madonna’s Material Girl but as in Marx and Hegel) that our thoughts are shaped by our surroundings, rather than the other way around. We do not make the world, the world makes us. We can modify and change it, think about it and manifest those thoughts into the world (for instance, with factories, cars, plastic waste), but the world exists for-itself and of-itself.

The world is no product of our imagination or our thoughts, but rather the very source of them, which is also a very animist way of understanding the world as well. We moderns get stuck in our own internality, but our interior worlds, our inside, is only a reflection of the vast and endless Real of the outside.

And that outside knows neither in nor out. A house or a prison may have walls and doors, but those walls and doors exist in the world, as part of the world, and are composed of parts of the world. While we may experience the inside of a place as separate from the world, this is only because of our subjective experience of it, and also maybe our subjective experiences of our selves. The thoughts “inside” my head, the world “outside” my door, false demarcations that make it easier for us to navigate the totality of being.

I’m currently working on several projects, all of which have really near deadlines. I juggle a lot, which works for me, especially when the projects are different and thus I can work on them according to my mood. Sometimes I don’t want to think about my own words, and so I’ll work on the three layout projects I’m doing for Lorna Smithers’ re-releases. Sometimes I want to lay about a bit, which is when I write (I write best from a bed or couch). Sometimes I’m feeling too analytical, which is when I’ll work on accounting, distribution, or planning for Gods&Radicals Press. And sometimes I want to talk instead of write, which is when I film my druid journals.

Speaking of which, and as I mentioned previously, I’ve made a few more of my older journals public. 1-25 are now available here as of this morning, and I’ll bring that up to 30 by next week.

As I mentioned previously, I’ll be publishing another long essay for Another World on 1 April. This is on the “left sacred,” and how the concept is key to undermining a lot of the puritanism and authoritarianism that’s arisen around “woke culture.” I wrote a short summary on twitter here.

And my book The Provisioner, which was supposed to come out months ago but got delayed because I needed to rewrite a section, will finally come out late next month.

Hope you’re all well. And I hope you get a chance to “go outside,” by which I mean to forget about these silly false divisions we create (and also get drunk on spring blossoms).